They say happiness is sometimes right under your nose, and the restaurant with the best
Styrian cuisine is actually in your hotel. A recommendation for all foodies, wine connoisseurs and
those with a love for detail who are looking for a gift: Make sure you book, since
the tables are much sought-after, especially by the locals.
Either +43 316 703 654 or office@der-steirer.at.

Our restaurant just around the corner.

Do you like Styrian cuisine? But with that certain something? And without illusions about culinary experiences beyond the borders? And, of course, served in an atmosphere with flair and charm? If you’re now thinking that you’d have to look hard for a restaurant like that in Graz, we say: You’ve already found it. Just around the corner from us. And its name, succinct and to the point, is Der Steirer.

Styrian, with a difference.

A dash of pumpkin seed oil on every dish doesn’t necessarily make for successful Styrian cuisine. Der Steirer has typical Styrian cuisine in all its variety on the menu. And alongside true classics like Backhendl and Tafelspitz there are many surprises. Have you ever tried Styrian tapas? They’re all sorts of exquisite delicacies in small portions. Yum, is all we can say. And Cheers! Because wherever Styrian food is served, Styrian wine is also drunk. The best winemakers of the province are represented in our Steirer Shop. In an almost unlimited selection of top-quality wines. So you might end up having more than one glass. Fortunately, it’s not far back to the hotel.

Our tip: Make sure you book!

Der Steirer is anything but an insider tip. It’s far too popular with the locals themselves for that, so it’s often pretty full. If we were to give you a tip, it would be this: Make sure you book a table!

or at the hotel reception.

From new to novel: the Steirer Shop.

And while we’re on tips: Within the restaurant is also our Steirer Shop. With a colourful selection of culinary gift ideas and fantastic wines, as well as books, gardening tools and vegetables. And if it really has to be wellington boots, no problem – we have those too.

Whatever you go for: Feel free to make your mark on your present. Not just in the figurative sense. Because in the Steirer Shop everything is wrapped and stamped very individually, and even the sewing machine is brought out. And all of that without a day off. So if you feel like a nice bottle of wine on a Sunday, just come right in.

You can find more information about our restaurant and the current menu of the day here: www.der-steirer.at 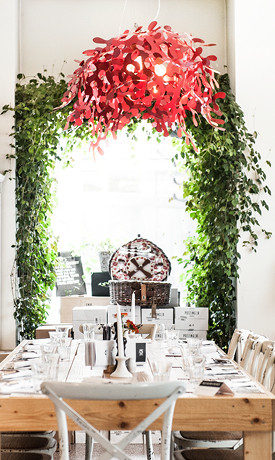 See you again (and again and again)!

We believe a restaurant has been a real feast for the eyes if you want to come back again and again. And you can - every day. There's something cooking from 11 am to 11 pm, and you can enjoy yourself here till midnight. 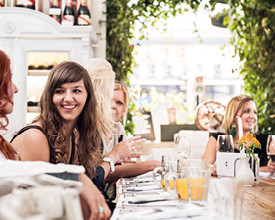 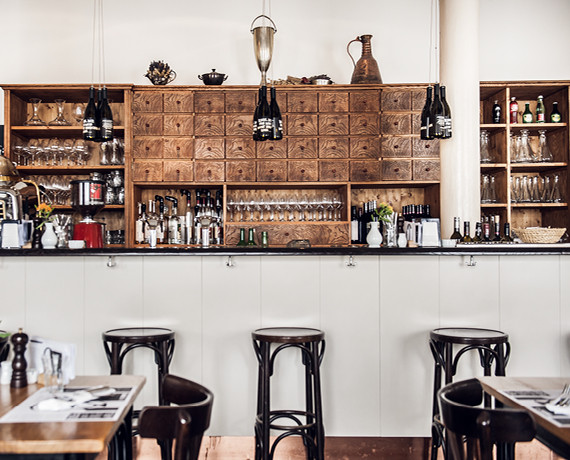 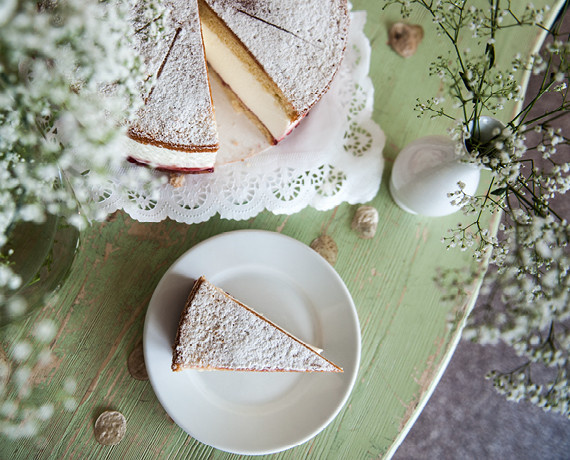 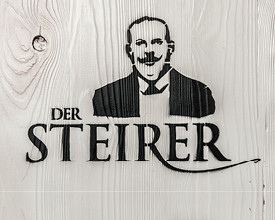 The likeness of Johann Weitzer, founder of the hotel and great-grandfather of the current managing director, still distinguishes our logo today. And rightfully so. 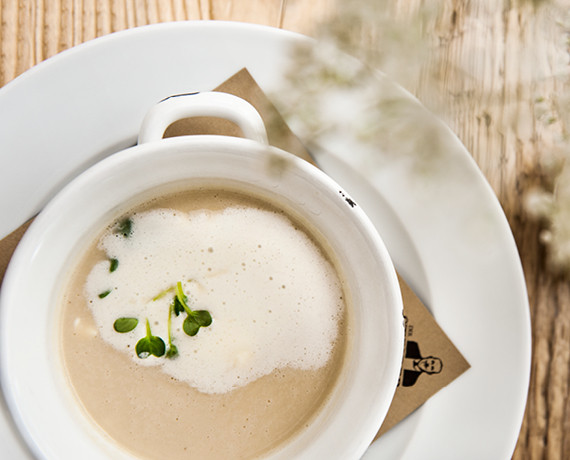 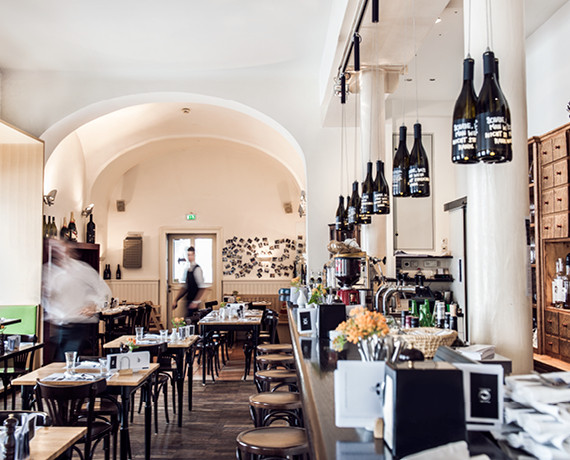 Make sure you book a table! 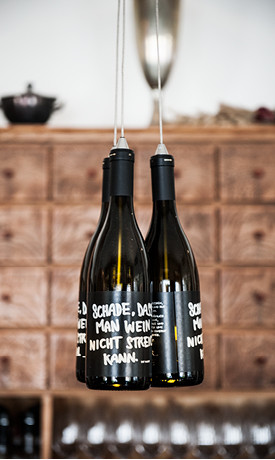 Politicians might water down the wine, but winegrowers certainly don't – and we have an almost unlimited selection of fine Styrian wines, as well as 12 open bottles every week to taste. 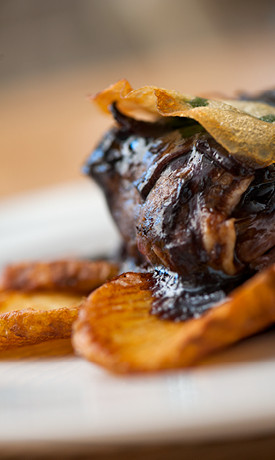 Spinach tastes best when replaced shortly before consumption with a large steak.

Or an excellent Tafelspitz, or a Schnitzel fried in dripping, or our Styrian tapas. Enjoy your meal! 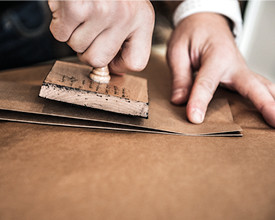 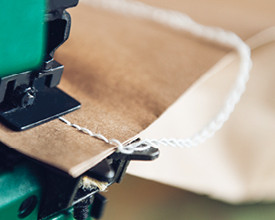 Gifts are even lovelier when wrapped well. Here, they're even stamped and sewn up with love. 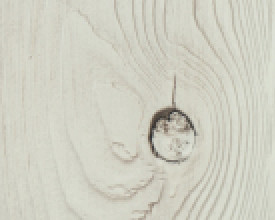 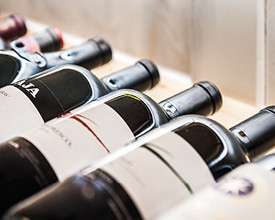 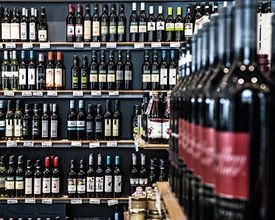 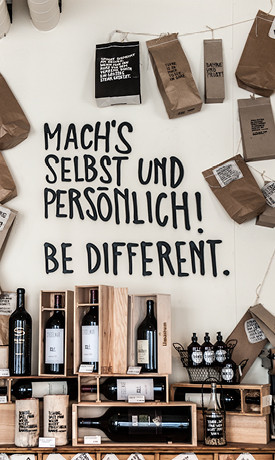 Yes, we also serve up presents.

Our restaurant (and shop) rule states: After your meal, you should relax or take a few steps into the Steirer Shop. Even just for a delicious souvenir. 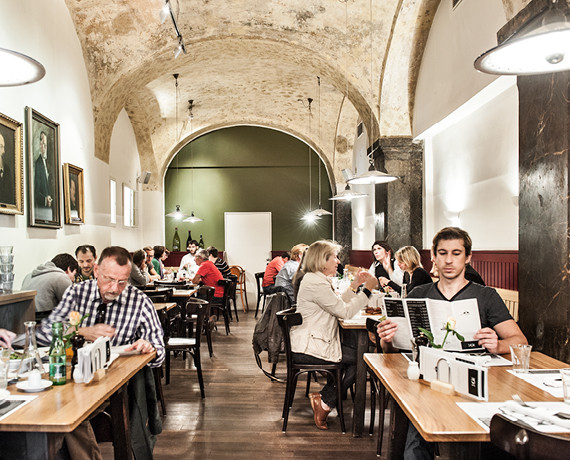 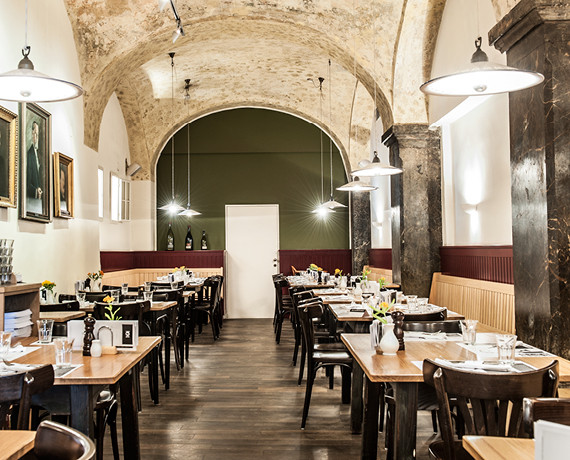 Look forward to a contemporary culinary tour of Styria and beyond the borders.

There's always something new here!
Subscribe now
Your subscribtion was successful!
Thank you!
We are sorry but there has been a mistake. Please check your entry or you are already registered for our newsletter.